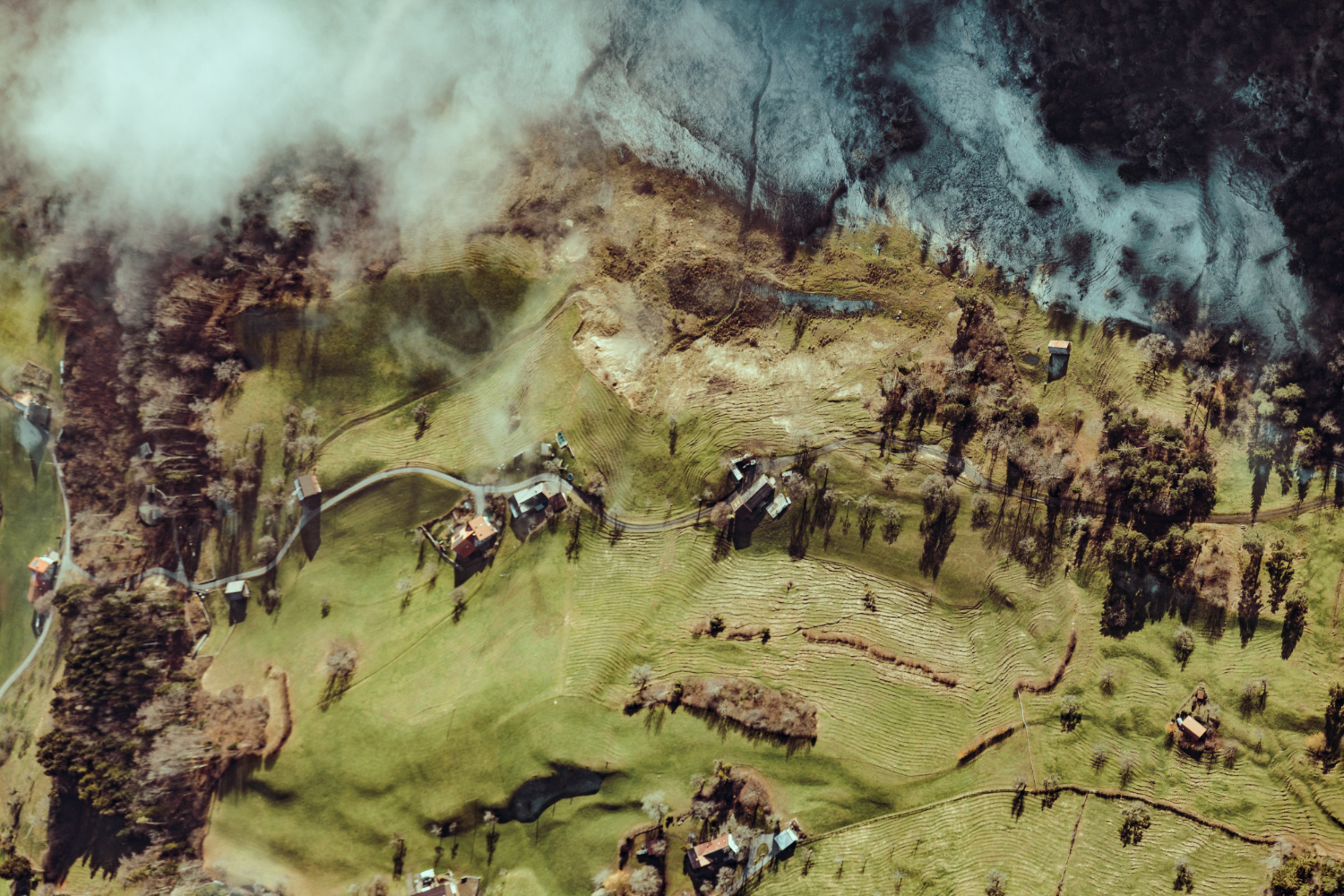 (TFTP) Washington, D.C. – An enlightening new document has come to light, which clearly elicits exactly how the U.S. Department of Defense is preparing for the collapse of American hegemony, and the subsequent deterioration of the post-WWII international order created by the United States after the Second World War. The defense officials’ plans for how to engage the world in the coming years displays an extremely dystopian vision of the future.

The damning report out of the U.S. Army War College concludes that the current international order, held together by U.S. power, is “fraying” and potentially collapsing in the face of new threats to its current position of “primacy” in international relations.

But perhaps even more dangerous, is the proposed measure to maintain U.S. hegemony in this new “post-primacy” environment, including increased surveillance, widespread propaganda (“strategic manipulation of perceptions”) and increased military adventurism and expansion.

The harrowing document explains that the U.S. has entered into a new transformational phase in which its power is declining, the long-standing western international order is crumbling and governmental authority across the world is degrading.

According to a report by noted academic and geopolitical analyst Nafeez Ahmed, appearing in Medium:

The report was published in June by the U.S. Army War College’s Strategic Studies Institute to evaluate the DoD’s approach to risk assessment at all levels of Pentagon policy planning. The study was supported and sponsored by the U.S. Army’s Strategic Plans and Policy Directorate; the Joint Staff, J5 (Strategy and Policy Branch); the Office of the Deputy Secretary of Defense for Strategy and Force Develop­ment; and the Army Study Program Management Office.”

The report, based on a year-long intensive research process involving consultation with key agencies across the Department of Defense and U.S. Army, calls for the U.S. government to invest in more surveillance, better propaganda through ‘strategic manipulation’ of public opinion, and a ‘wider and more flexible’ U.S. military.

Danger comes not just from great power rivals like Russia and China, both portrayed as rapidly growing threats to American interests, but also from the increasing risk of “Arab Spring”-style events. These will erupt not just in the Middle East, but all over the world, potentially undermining trust in incumbent governments for the foreseeable future.

“Having lost its past status of ‘pre-eminence,’ the U.S. now inhabits a dangerous, unpredictable ‘post-primacy’ world, whose defining feature is ‘resistance to authority.’

“In brief, the sta­tus quo that was hatched and nurtured by U.S. strategists after World War II and has for decades been the principal ‘beat’ for DoD is not merely fraying but may, in fact, be collapsing.”

“While the United States remains a global political, economic, and military giant, it no longer enjoys an unassailable position versus state competitors.”

The report succinctly describes the imperial nature of the western international order as as being underpinned by American dominance—with the United States and its allied nations literally “dictating” its terms to the rest of the world in order to further their own interests:

“The order and its constituent parts, first emerged from World War II, were transformed to a unipolar sys­tem with the collapse of the Soviet Union, and have by-and-large been dominated by the United States and its major Western and Asian allies since. Status quo forces collectively are comfortable with their dominant role in dictating the terms of international security outcomes and resist the emergence of rival centers of power and authority.”

It’s important to note that the era of U.S. hegemony is coming to an end. The study notes that U.S. officials “naturally feel an obligation to preserve the U.S. global position within a favorable international order,” concluding that the “rules-based global order that the United States built and sustained for 7 decades is under enormous stress.”

The study gives a succinct and detailed analysis of how, and why, the U.S. Department of Defense perceives the established order to be rapidly breaking down with U.S. defense planners at the Pentagon failing to keep pace with rapidly evolving international events.

The report elicits that “global events will happen faster than DoD is currently equipped to handle,” and concludes that the U.S. “can no longer count on the unassailable position of dominance, supremacy, or pre-eminence it enjoyed for the 20-plus years after the fall of the Soviet Union.”

The report notes that U.S. power projection is so weakened, that it can no longer even “automatically generate consistent and sustained local military superiority at range.”

The study clearly notes that it is not just U.S. power that is fading, as the U.S. Army War College study concludes that:

“[A]ll states and traditional political authority structures are under increasing pressure from endogenous and exogenous forces… The fracturing of the post-Cold War global system is accompanied by the in­ternal fraying in the political, social, and economic fabric of practically all states.”

But, never one to give up on hegemonic ambitions, the DoD explains that this should not be seen as a failure, but simply a “wakeup call.” Should the U.S. fail to adjust to this new “post-primacy” environment, the complexity and speed of world events will “increasingly defy [DoD’s] current strategy, planning, and risk assessment conventions and biases.”

The Medium report notes that:

Russia and China are described as ‘revisionist forces’ who benefit from the U.S.-dominated international order, but who dare to ‘seek a new distribution of power and authority commensurate with their emergence as legitimate rivals to U.S. dominance.’ Russia and China, the analysts say, ‘are engaged in a deliberate program to demonstrate the limits of U.S. authority, will, reach, influence, and impact.'”

The document is particularly candid in setting out why the U.S. sees these countries as threats—not so much because of tangible military or security issues, but mainly because their pursuit of their own legitimate national interests is, in itself, seen as undermining American dominance.

“Top on the list of forces that have knocked the U.S. off its position of global ‘pre-eminence are the role of competing powers—major rivals like Russia and China, as well as smaller players like Iran and North Korea.

Essentially, the report concludes that a U.S.-backed “status quo” international order is fundamentally “favorable” for the interests of the U.S. and its allies, and any movement toward a more multipolar global order that would act “favorably” for anyone else is a clear and present danger to U.S. power projection and economic interests.

Therefore, China and Russia “seek to reorder their position in the existing status quo in ways that—at a minimum—create more favorable circumstances for pursuit of their core objectives.”

Obviously, that is exactly what any self-respecting nation should be doing, but of course, the study’s authors emphasize that “a more maximalist perspective sees them pursuing advantage at the direct expense of the United States and its principal Western and Asian allies.”

This clearly denotes the extreme zero sum interpretation of power by U.S. analysts, as one nation’s gain automatically is denoted as a reduction in power for rival states—something that does not necessarily hold true, as two states can both gain influence and power without it relatively decreasing that of others.

Even more telling is that there is virtually zero substantive evidence in the document showing how the Chinese and Russians are posing a meaningful threat to the security of the United States.

In the most nebulous of terms, the analysts explain that the major challenge posed by China and Russia is that they “are bent on revising the contemporary status quo” utilizing “gray zone” techniques, involving “means and methods falling far short of unambiguous or open provocation and conflict.”

Both are accused of “murkier, less obvious forms of state-based aggression,” and despite not actually engaging in violence, both are condemned. Then in an ironic turn, the Pentagon report forwards the notion that the U.S. itself must also “go gray or go home” to ensure U.S. dominance.

Giving an insight behind the propaganda often fed to the American public, the study explains the actual reasons behind U.S. hostility to “revolutionary forces” like Iran and North Korea: they pose fundamental obstacles to U.S. imperial influence in those regions.

“… neither the products of, nor are they satisfied with, the contemporary order… At a minimum, they intend to destroy the reach of the U.S.-led order into what they perceive to be their legitimate sphere of influence. They are also resolved to replace that order locally with a new rule set dictated by them.”

Let that sink in for a moment.

Contrary to the public statements by U.S. government officials, that North Korea and Iran pose a nuclear threat to the United States, the study confirms that instead these nations are considered problematic to the imperial desires of the “U.S.-led order.”

This document contains some of the most damning admissions of U.S. imperial intent out of any U.S. Army document ever created.

“While as a rule, U.S. leaders of both political parties have consistently committed to the maintenance of U.S. military superiority over all potential state rivals, the post-primacy reality demands a wider and more flexible military force that can generate ad­vantage and options across the broadest possible range of military demands. To U.S. political leadership, maintenance of military advantage preserves maximum freedom of action… Finally, it allows U.S. decision-makers the opportunity to dictate or hold significant sway over outcomes in international disputes in the shadow of significant U.S. military capability and the implied promise of unac­ceptable consequences in the event that capability is unleashed.

In other words, as long as everyone in the states remains subservient to the U.S.-led western international order they won’t have regime change forced upon them. But for those that wish to project any type of influence—expect to have the full weight of the U.S. military applied in an effort to maintain primacy.

The U.S. essentially refuses to allow for a multipolar world in which other powerful states have a say in how the global political order manifests and will use force if necessary to maintain their dominant position in the world—consequences be damned.

If you are tired of seeing the U.S. act as the world police and think national defense doesn’t include regime change operations to install puppet governments, then please share this extremely important article to help others see the dangerous, and potentially deadly, writing on the wall!

Is The Pentagon Facing The Elimination Of Secrecy And Operational Security?

The study's authors note that the "hyper-connectivity and weaponization of information, misinformation, and dis­affection" are contributing to the unchecked dissemination of information. As a result, the "inevitable destruction of secrecy and operational security" is a risk for the Pentagon.

Is The Pentagon Waking Up To The Collapse Of American Primacy?

This is the first in a series of articles revealing shocking new evidence that the United States Department of Defense is now acknowledging the end of American hegemony and the rapid breakdown of the international order created by American power in the aftermath of World War II. The Pentagon's vision of the future, however, does not give us much cause for optimism.

Is The American Empire Collapsing?

The remarkable findings of a new Pentagon study indicate that the post-World War II international order supported by the United States is "fraying" and may even be "collapsing," putting the United States at a disadvantage.