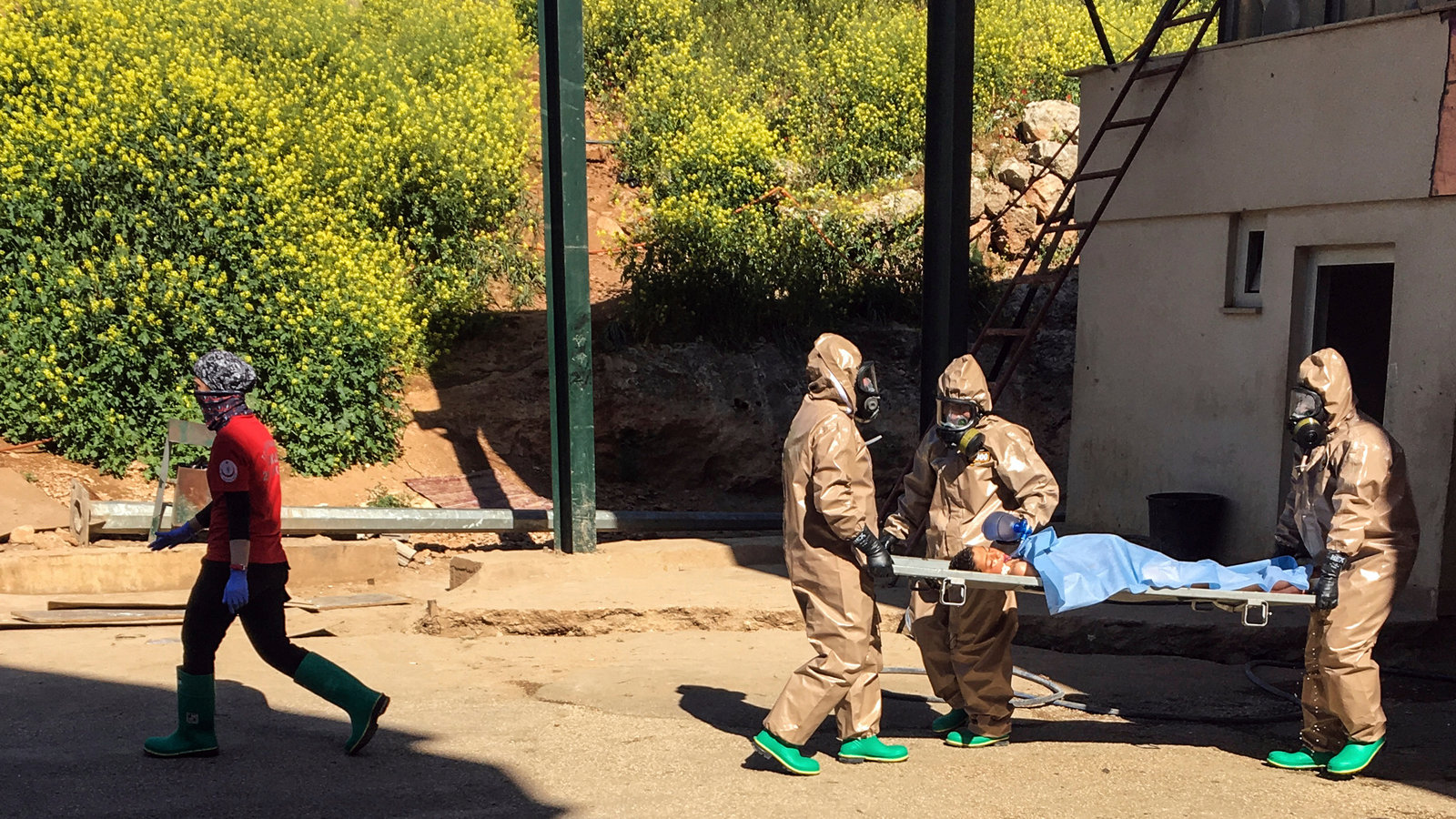 The attempt by Western countries to derail Russia’s fact-finding initiative in Syria to examine the site of the chemical incident in Idlib province exposes their aim to topple the Syrian government, Russian Foreign Minister Sergey Lavrov said.

I believe that it’s a very serious situation, because now it’s obvious that false information about the use of chemical weapons by the Syrian government is being used to move away from implementing Resolution 2254, which stipulates a political settlement with the participation of all the Syrian parties, and aims to switch to the long-cherished idea of regime change.

UNSC Resolution 2254 calls for an inclusive government in Syria and a peace process that would involve a new constitution and free and fair elections.

According to the minister, the decision displayed “complete incompetence” on the part of his Western colleagues, who, in fact, are prohibiting the OPCW from sending their experts to the site of the incident, as well as to the airfield from where aircraft loaded with chemical weapons allegedly flew out.

Yesterday [April 20], our proposal that experts from the Organization for the Prohibition of Chemical Weapons [OPCW] visit the sites of the suspected chemical attack in Syria was blocked by Western delegations without any explanations.

In the meantime, the UK and France claim their experts have received samples from the site of the incident, Lavrov added.

“London, Paris, and the OPCW have given no answers to our questions as to where they took these samples, who took them, or when they were delivered,” Lavrov stated.

“I think we are very close to this organization [OPCW] being discredited,” Lavrov added.

On Thursday, the OPCW’s executive council overwhelmingly rejected a proposal from Russia and Iran for a new investigation into the Idlib chemical incident.

The proposal had been amended to agree to Western demands that the existing OPCW fact-finding mission carry out the investigation into the alleged attack, but was defeated nonetheless.

The draft proposal seen by AFP called on the OPCW “to establish whether chemical weapons were used in Khan Sheikhoun and how they were delivered to the site of the reported incident.”

Both OPCW fact-checking missions tasked with looking into the Idlib incident are being headed by UK citizens, which Lavrov called “a very strange coincidence” that “runs contrary to the principles of an international organization.”

Earlier in April, an incident in the Syrian town of Khan Shaykhun reportedly killed as many as 100 people and injured several hundred. The US has squarely laid the blame on Damascus, claiming that it hid chemical weapons stockpiles from the OPCW after pledging to hand them over in 2013.

Moscow, however, said a thorough investigation, including an on-site inspection in rebel-held territory, should be carried out before jumping to any conclusions. Russia has cautioned that the incident may have been a false flag operation meant to provoke a US attack against Syrian government forces.